Lastly the hammered instrument could be produced by Yangqin. The Yangqin or we called it the Chinese dulcimer is surprisingly not from China. It was from Ancient Persia but it has served its purpose in China well over 400 years! The contraption looks like a half size piano with many strings and bridges. The beautiful sound is created when the player skillfully use the thin bamboo sticks and struck all the correct notes with grace and gusto. Notable soothing rich and powerful song produced by Yangqin is “Spring on River Qing”. As you 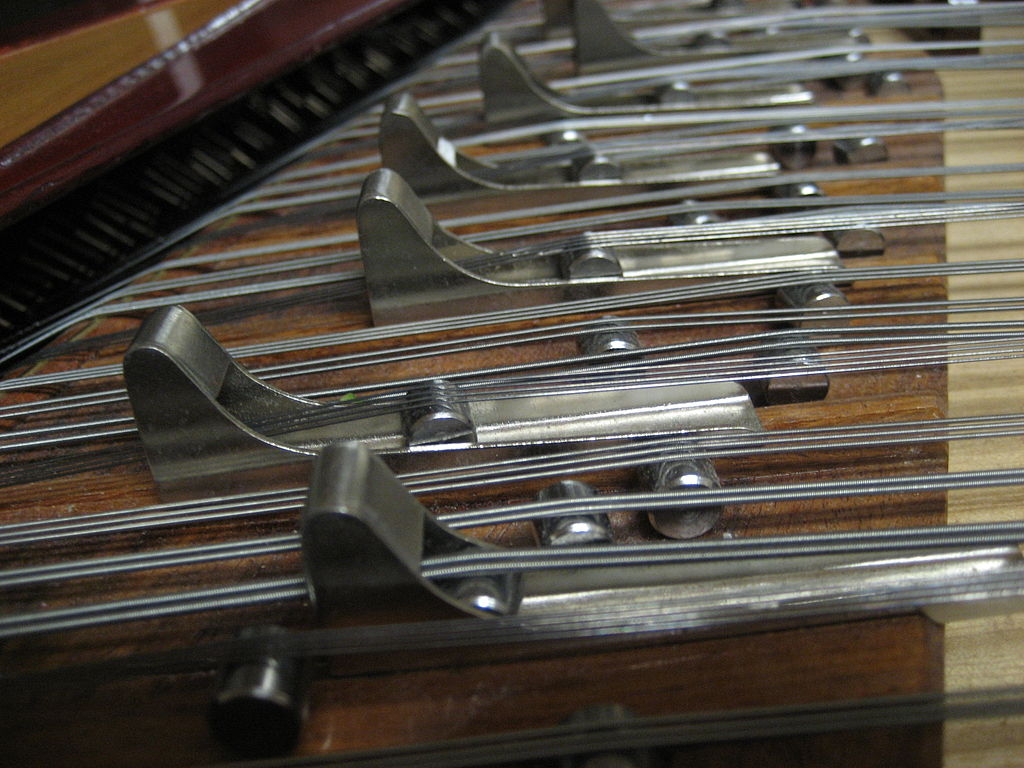 lay down listening the song, you could image different segments of activities in the spring. You could image the song played slowly to show the breaking of the sunlight at the dawn followed by as a crescendo of music to depict the activities in the River Qing. The trees will be rustling and the plants will soon be bathed by the golden sunlight and the animals and the birds came underneath the trees to seek shelter. The birds will be chirping at their nests and looking after their young in the spring. At these are encapsulated then the player struck the wonderful chords of Yangqin.